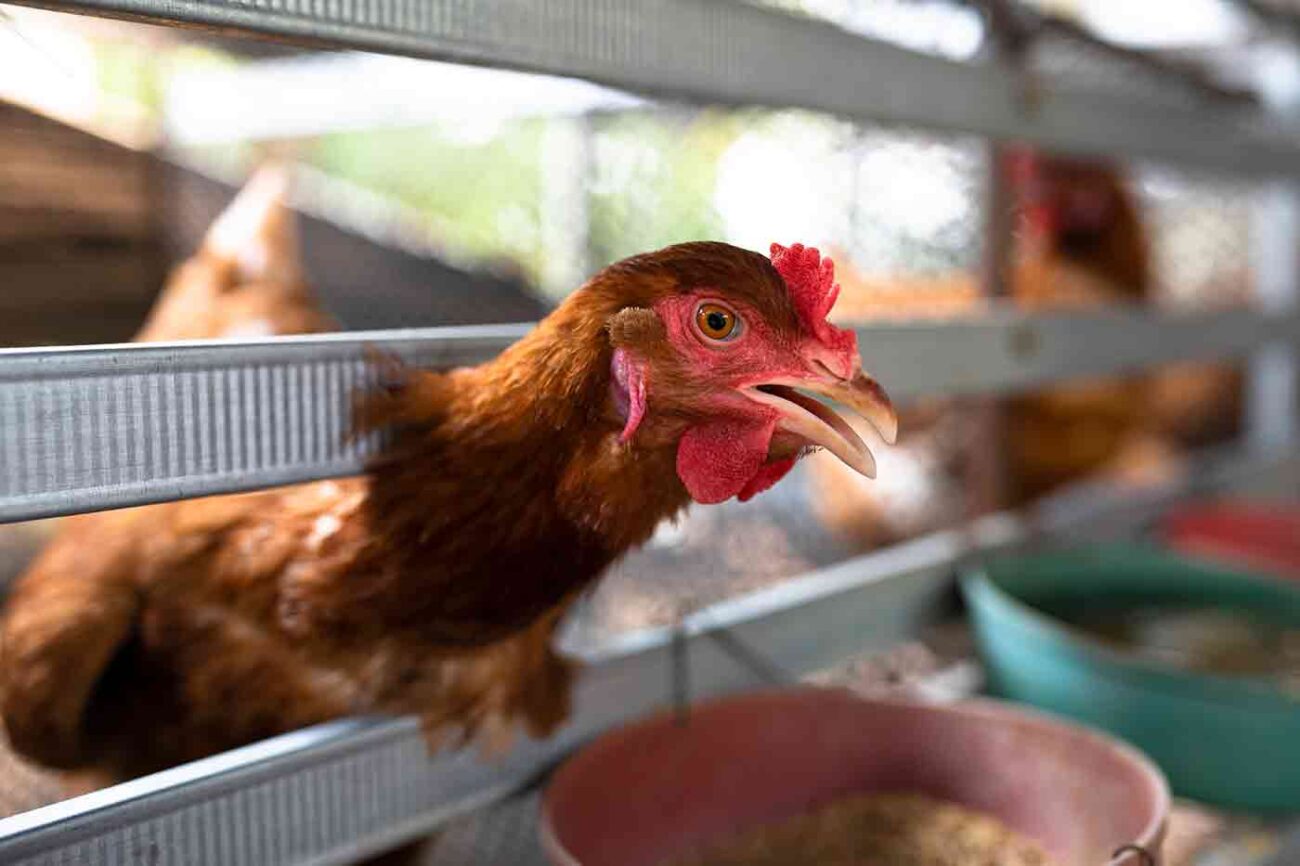 Some vegans and vegetarians choose their lifestyle for the sake of animals, and many have discovered that vegans can eat healthy food that tastes better than meat. These people would rather avoid supporting factory farms that cause unneeded suffering.

After all, almost all meat, eggs, dairy and leather in the U.S. are produced from billions of animals raised in giant facilities, many crowded together indoors and away from sunlight and grasses.

Most are bred and fed to grow as quickly as possible, to reduce costs and increase profits for large, publicly traded corporations, in a way that compromises the wellbeing of animals.

Many of the animals are grown behind closed doors to increase profits by controlling their environment: temperature, access to food and water and in some cases, administration of medicines such as antibiotics used to prevent illness from overcrowded and “unsanitary” conditions. The practice of feeding antibiotics to animals that aren’t sick is a risk to public health because it produces drug-resistant bacteria that harms people and other animals, according to the National Institutes of Health.

Farm animals also can inhale very large amounts of ammonia from urine that comes from thousands of animals living in close quarters. The burning gasses put their health at risk, say scientists and industry experts, and are also surely uncomfortable.

More than 11 billion commercially raised land animals were killed for food in the United States in 2019, more than 33 times the population of humans in the country, according to the U.S. Department of Agriculture report on livestock, and its its report on poultry.

The count includes cows, pigs and, the largest category by far, chickens. Even the egg and dairy industries kill off a majority of males shortly after birth. The females are slaughtered once they are no longer able to produce.

These numbers don’t include the billions of commercially caught sea animals: fish, crustaceans and mollusks, including the intelligent squid and octopus.

“Under the current industrial agriculture system, all animals raised for food production–regardless of the species–are subjected to inhumane treatment, whether it be intensive confinement, painful mutilations, or inhumane slaughter,” said Allie Granger, policy associate for the Animal Welfare Institute. 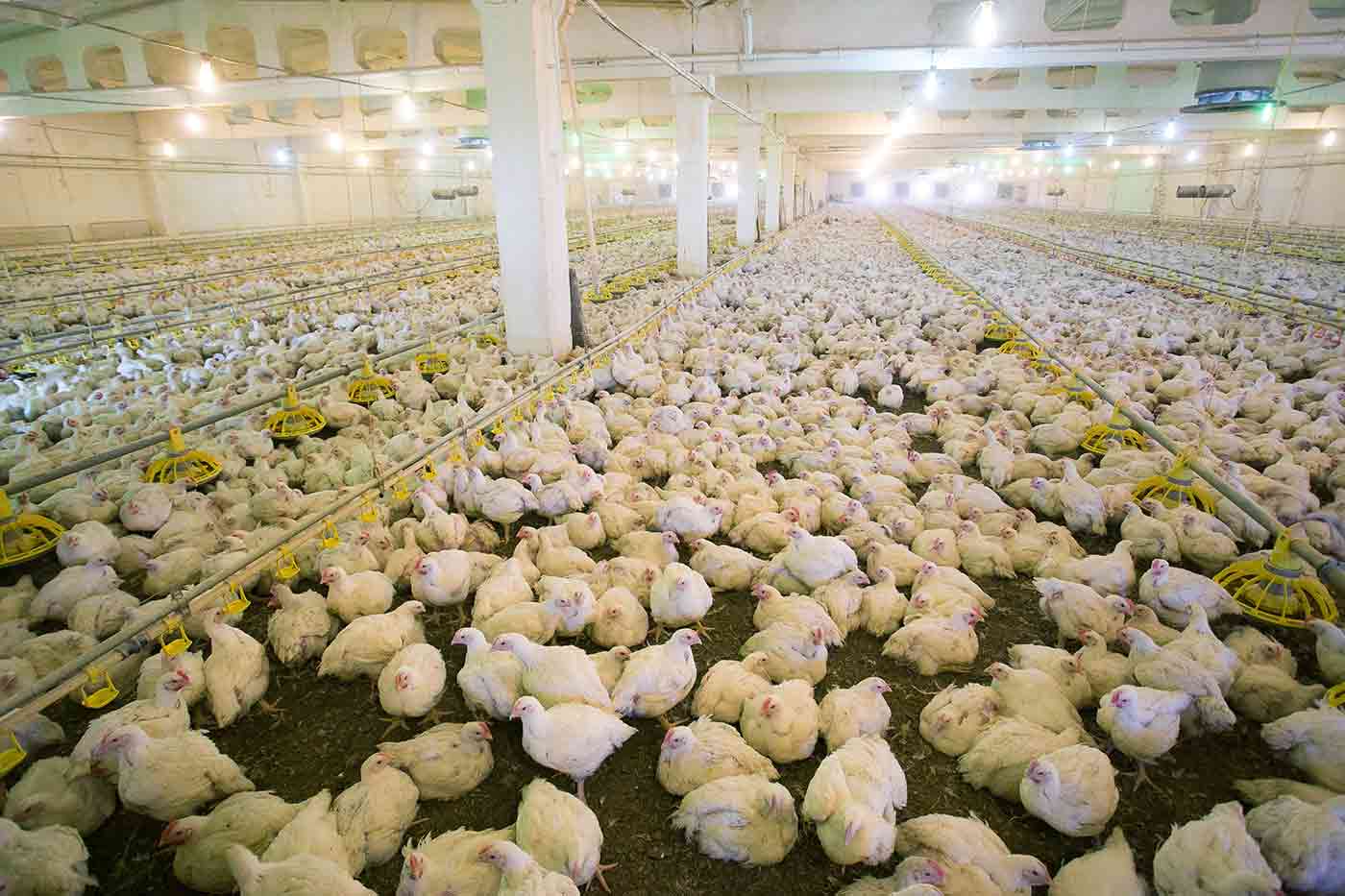 Last year, more than 9 billion chickens were slaughtered in the United States, many of them chicks that were born male instead of female. Egg-laying chickens are a different breed from meat chickens and are not considered worth raising for sale as adults. Instead, ground chick meal is sold as animal feed or fertilizer.

United Egg Producers, a cooperative that represents more than 90% of the industry, committed to eliminating the practice of culling day-old male chicks by 2020 or “as soon as it is commercially available and economically feasible,” but that technology is still not yet available even though some progress has been made, according to the Animal Welfare Institute. The solution will be a technology that allows producers to know the sex of the embryo in the egg. The companies would then prevent males from maturing, selling the product as an egg, not a chicken.

Female egg-producing hens, on the other hand, have a tough time living confined in small boxes, sometimes unable to turn around.

Meat chickens, on the other hand, have been bred so large that they sometimes can’t stand up and live a short life of discomfort.

Even those chickens labeled “cage free” may still live indoors in crowded conditions, according to USDA regulations.

When they are slaughtered, the process begins with chickens strung fully conscious by their ankles on a moving conveyor belt, a “traumatic” experience. They are then dipped upside down in an electric water bath supposed to stun them before they a killed. The amount of shock is not regulated or standardized and so is inconsistent, and may not eliminate pain, say experts.

Companies have promised to stop the practice, and have started to gas the chickens instead, as they do in Europe, but the transition is expensive and is still not completed. None of the biggest have fully switched over, according to the Animal Welfare Institute.

“When it comes to the minimal legal protections afforded to farm animals, poultry fare the worst, despite the fact that they account for roughly 98% of the farm animals raised for food,” said Granger. “For instance, under the two federal laws that provide protections for farm animals … poultry are excluded.” 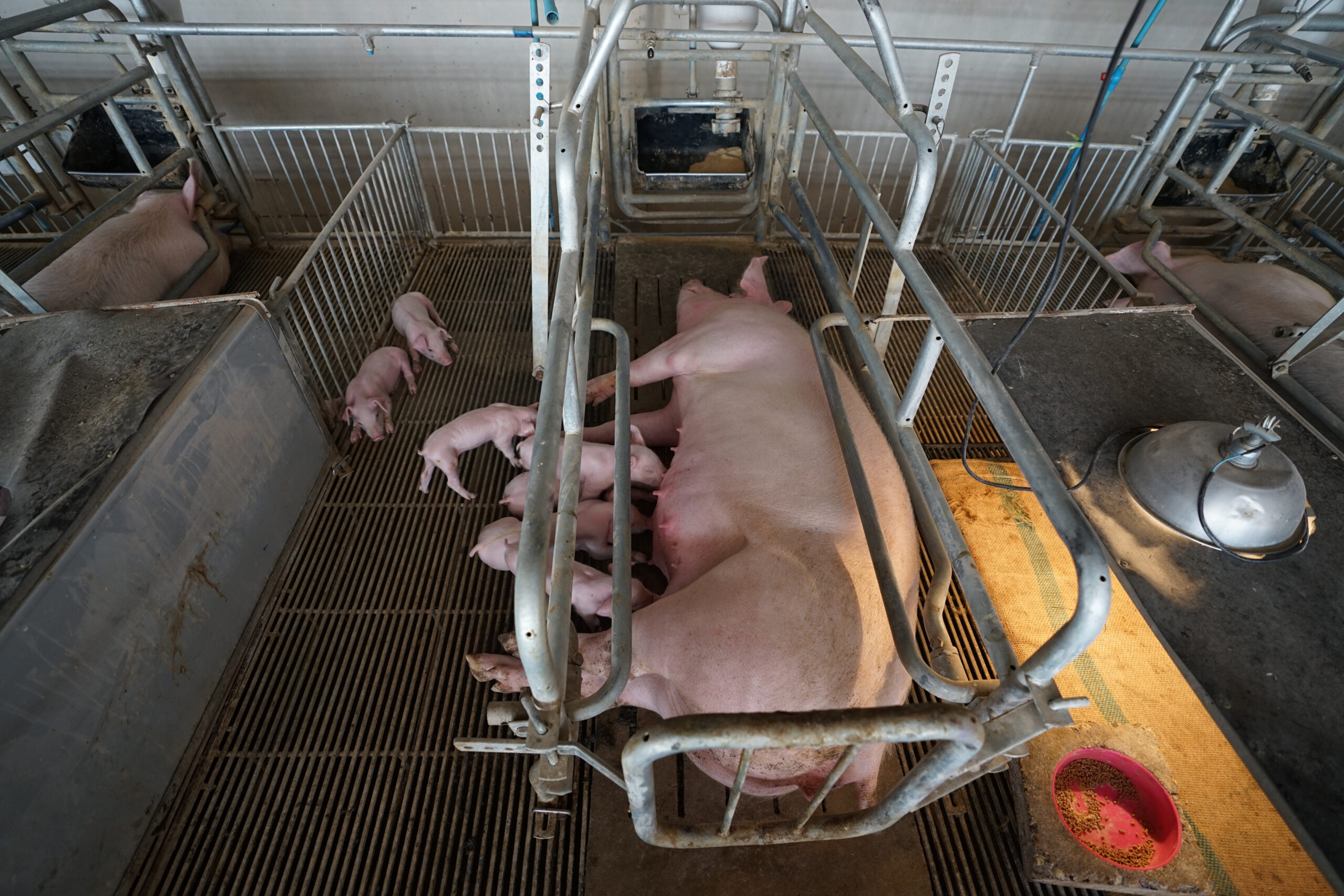 Pigs are often grown in tight quarters where they can’t turn around. Females give birth so often that they commonly suffer from a collapsed pelvic floor, a painful condition.

Enclosed in tight quarters and under stress, pigs often chew each other, so their tails and teeth are removed, without anesthesia. They also chew on the bars that confine them until their mouths bleed.

The stun gun used to make slaughtering cattle more humane doesn’t always work, according to experts, and some animals are butchered alive, according to testimony from employees in books like Slaughterhouse and Fast Food Nation.

Dairy cows are pregnant eight months of the year to keep their milk production up.

How to Make Better Food Choices

People care about animals, according to a 2018 survey by the Animal Welfare Institute. In it, 66% said they pay attention to labels on food packaging that make animal welfare claims such as “humanely raised.”

“The best way to help farm animals is to eat less meat, dairy, and eggs,” said Granger. “However, if people do choose to purchase animal products, they should opt for those that are higher welfare. Most of the more popular brands of animal products sold in supermarkets come from factory farms, where animals are raised under the worst conditions.”

Granger suggests meat-eating consumers look for third-party certification logos, such as Global Animal Partnership (Steps 4, 5, 5+), Certified Animal Welfare Approved or Grassfed by A Greener World (AGW). Shoppers can opt for “pasture raised” or “free range products” but should be wary of claims that can be misleading, such as “natural” or “ethically raised.” For more information visit AWI’s Consumer’s Guide to Food Labels and Animal Welfare.

In reality, it is hard to know for sure how the animal you consume was treated during its lifetime.