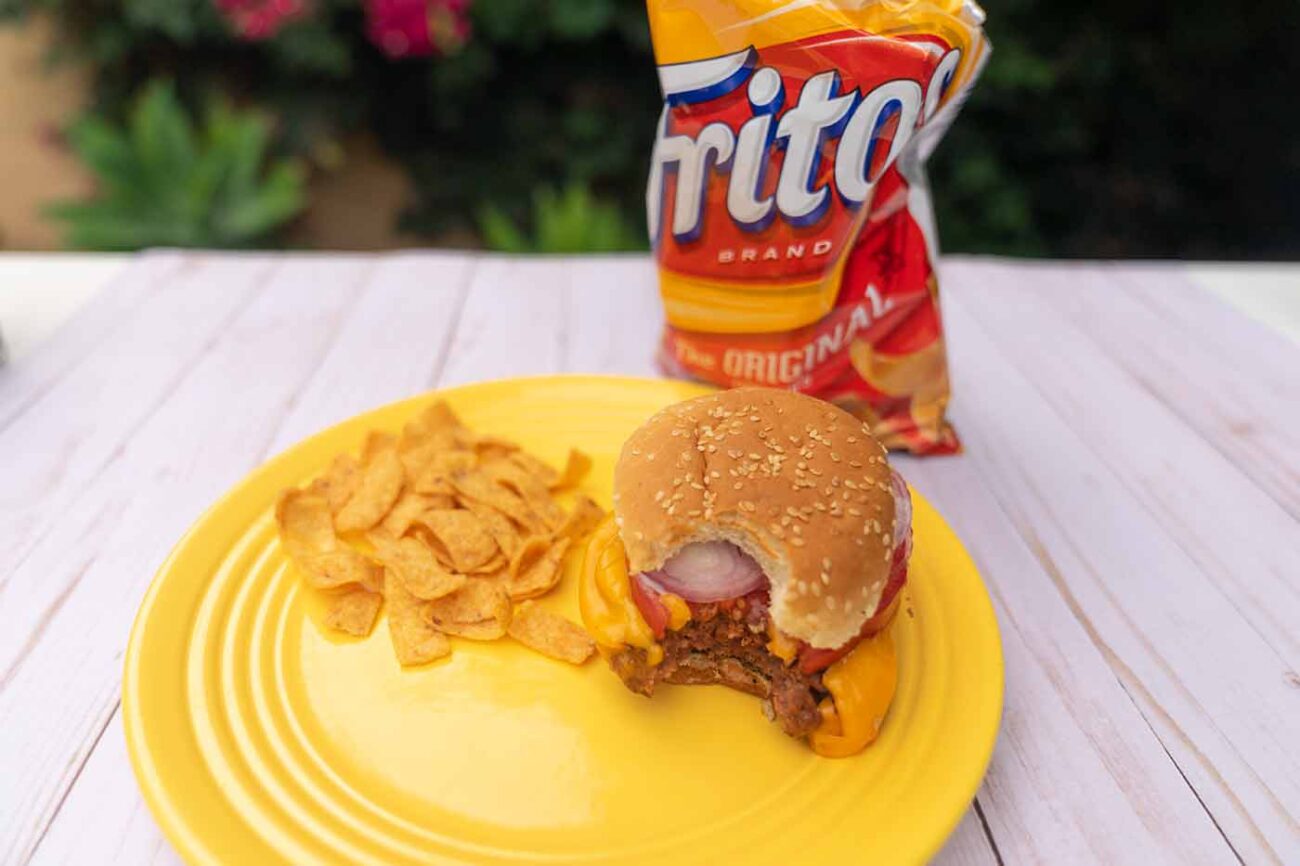 There are plenty of options for eating healthy without meat, dairy and eggs. But there are also pitfalls along the way too, because vegan junk food tastes awesome and is only getting more abundant.

So like with every diet, you may want to think before you dig in. Consider whether the options in front of you are everyday healthy vegan foods or a splurge-worthy junk food choice for a special occasion, like Friday night! If you want to get healthy eating a plant-based diet, you’ve got to strike a balance and limit the bad stuff, say experts.

“Research has shown time and again that people who consume diets high in vegetables, fruits and lean proteins have better health outcomes, quality of life and mobility in old age,” said Debbie Fetter, an assistant professor in the UC Davis Department of Nutrition. “But going vegan doesn’t automatically mean you are going to be healthier.”

After all, she pointed out, Oreos are vegan, which is fantastic when you want a treat, but of course you can’t eat them all the time. There are also so many other vegan junk food options out there. For health advice, you can also check with your doctor. 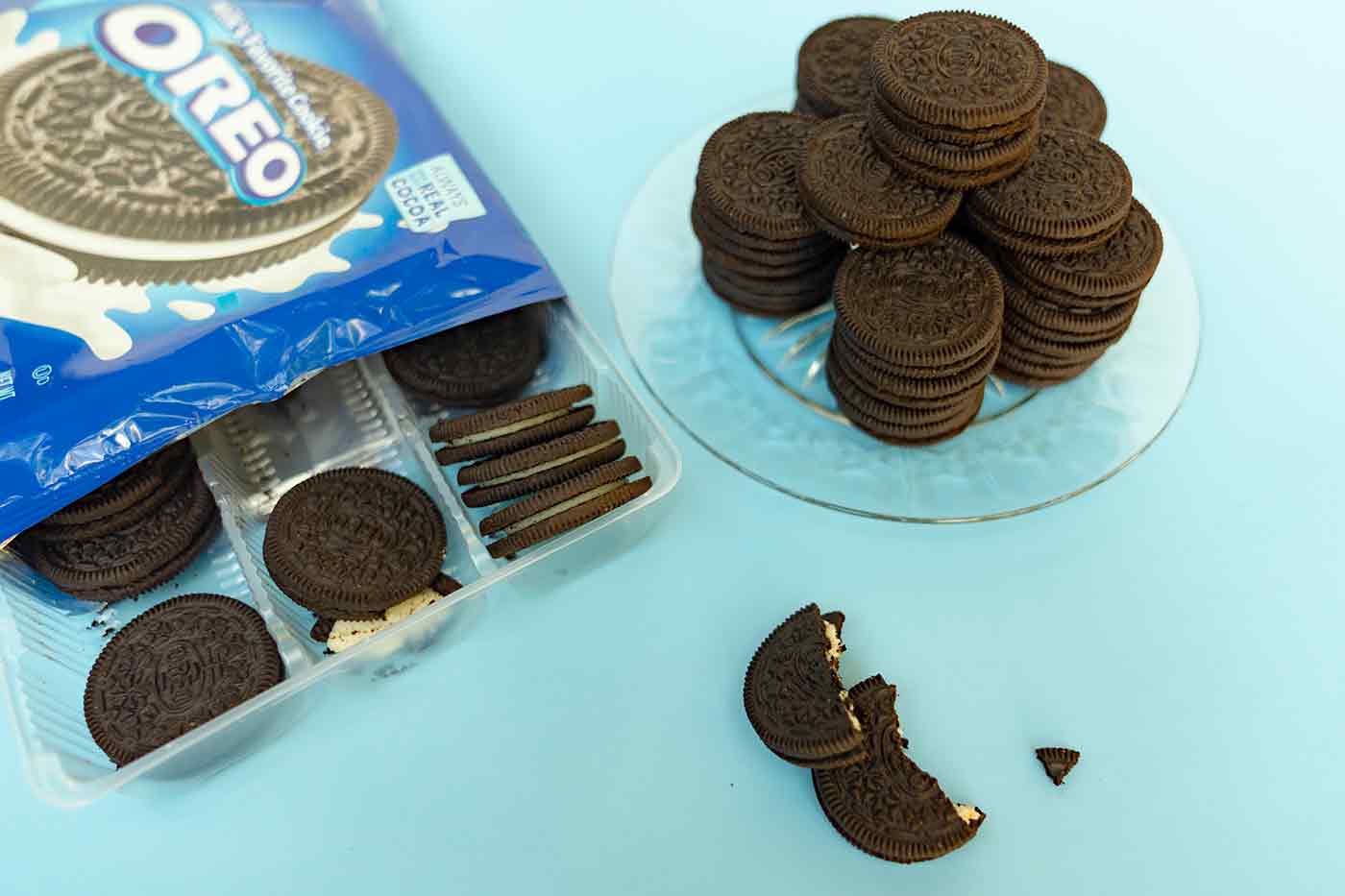 These days vegans can choose from so many tasty options, just like carnivores. Even my meat-eating husband has given up his Double-Double habit in favor of Beyond Burgers topped with Follow Your Heart brand vegan American cheese. He says they just taste better.

Vegan food is beneficial because it never has cholesterol and its protein comes with fiber, never an option in animal meat, which doesn’t have fiber. In the case of the Beyond Burger, it can have more iron too.

Though proponents point to benefits over the real thing, vegan meats do have more salt (390 mg or 16% of the U.S. RDA in a Beyond Burger) than unseasoned ground beef and can include saturated fats (6g), often from coconut oil. It pays to know how to read nutrition labels, whether you eat meat or not.

Another vegan option, Gardein also has amazingly realistic “meat” products that are always vegan, such as sizzling szechuan beefless strips. Cooked with bell peppers in a stir fry, it’s a very satisfying meal. But with 8 grams of added sugar for a third of the package, it’s not ideal if you’re trying to lose or maintain weight. The company’s fishless filets also taste rockin’. 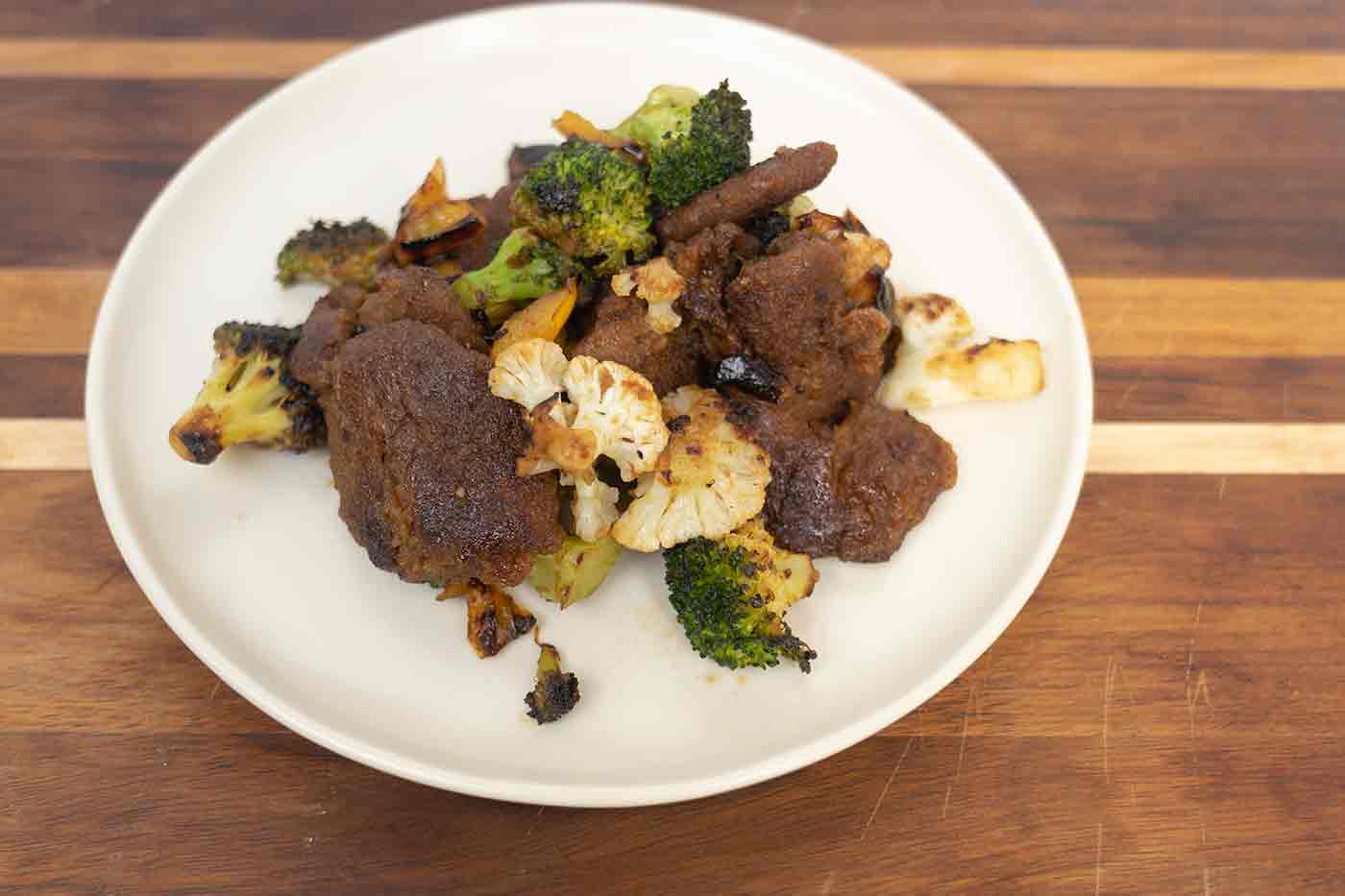 But like white sandwich bread, white rice, and Fritos Original Corn Chips, which also happen to be vegan, vegan meats are processed foods. There are some health benefits over real meat, but some of the beneficial nutrients and fiber in the plants have been stripped and unhealthy ingredients added such as saturated fat and salt. Like with any diet, moderation is key. That’s why experts say these foods are best limited, with other healthier whole-plant options getting a greater share of your plate.

As we said, the smartest vegan or Meatless Monday choices are whole foods, meaning they haven’t been over processed and stripped of beneficial fiber and nutrients. Experts recommend eating a balance of beans, lentils, nuts, seeds, grains, vegetables and fruit.

You can get plenty of vegan protein and other vegan nutrients this way, but if you don’t include meat, you will have to make a point to get vitamin B12 in a supplement or in fortified vegan milks and foods. Check the labels to be sure.

For people who aren’t used to eating this way, deciding on meals and snacks can be challenging. Your go-to recipes no longer fit. This may be why a lot of people go vegetarian or vegan in stages: starting with the occasional meal or giving up red meat or other options first and moving in that direction over time. Search Pinterest and recipe sites such as Epicurious that make it easy to sort by diet type and ingredient.

“Make sure that regardless of whatever dietary plan you have, remember that food is meant to be enjoyed, and try a variety of things to find what you like,” said Fetter, whose Instagram photos often look like infographics for healthy eating, with a large share of colorful veggies, ideal since different colors of plants have different nutrients.

When Fetter does go for a vegan meal, one of her favorites is veggies cooked on a baking sheet and paired with a side of grains such as couscous or quinoa. She spreads out veggies, such as Brussel sprouts and mushrooms, a hodgepodge of options, then seasons and then bakes them. She also loves tofu stir-fry.

“I’m definitely a fan of really easy meals,” she said.

Some vegans don’t eat faux meat or cheese at all.

“I gave up burgers a long time ago,” said Aleida Gordon, lecturer in the Nutrition Department at Cal Poly Pomona, who went vegan by giving up first fish and then other meats over time to ward off hypertension that plagued other family members.

Like some other vegans, she doesn’t want to replace meat, because whole foods are a healthier option. She does urge people to eat a variety of veggies, grains and other proteins that offer different nutrients. One of her favorite meals is her homemade lentil patties, and she eats a lot of salads and vegetables paired with legumes such as beans.

“The word ‘moderation’ is very important. Do not eat the same thing every day,” she said. “Get a good cookbook and be open to trying new things.”

Ella Haddad, associate professor in the Nutrition Department at Loma Linda University, agrees we could all learn to cook.

“Eating is one of the pleasures in life,” said Haddad, who loves artichokes, mushrooms and more. “Try exotic dishes from other places. If it’s not going to be enjoyable, you’re not going to do it.”