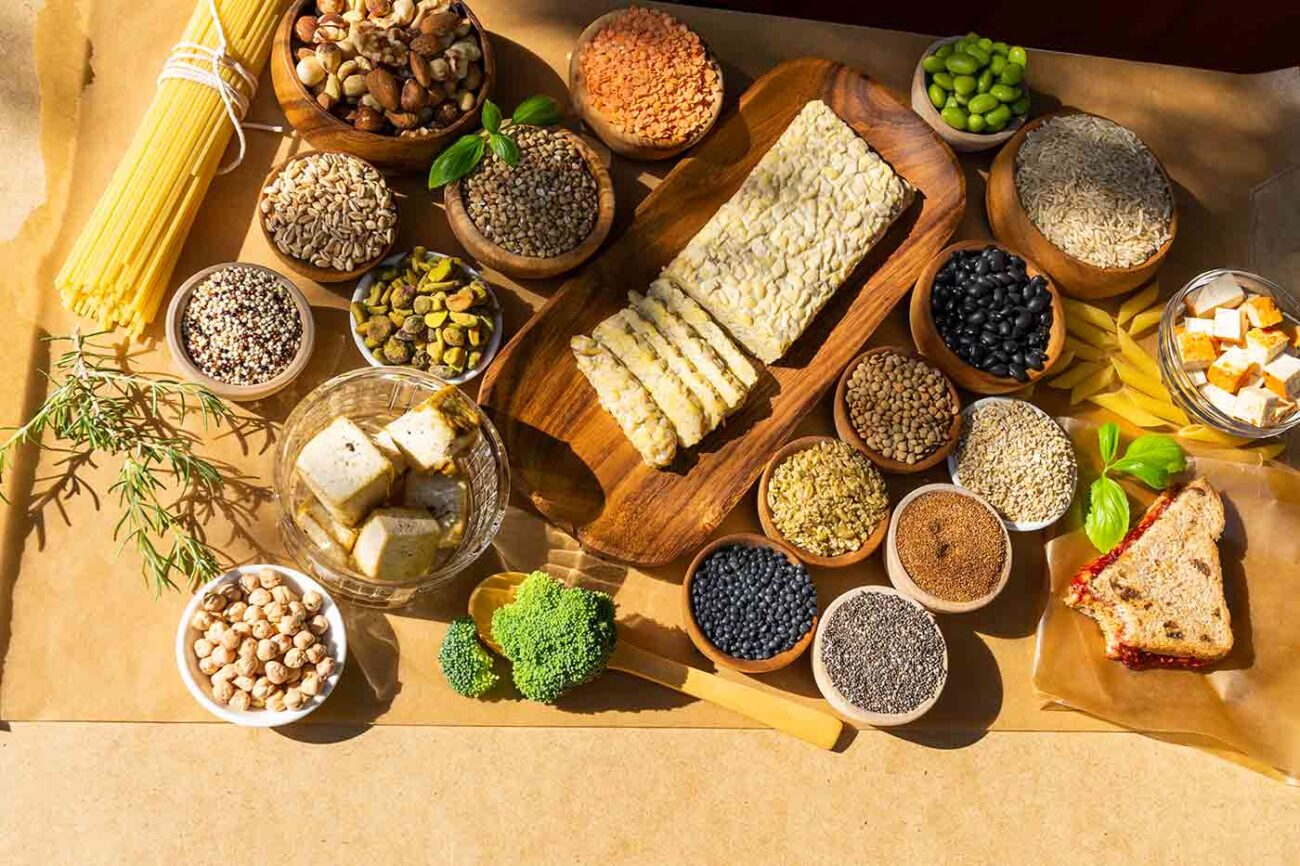 Vegan protein fuels the games of tennis star Serena Williams, the jokes of Golden Girls actress Betty White and the songs of musician Moby, and it feeds millions more who power through their days on plants.

With a little patience, you too can get plenty of protein without meat, on Meatless Mondays or every day. Cooked right, personally I think these foods taste better, and they are healthy too!

How Much Vegan Protein Do You Need?

There is confusion, I think, about protein in the U.S., and maybe a belief that American’s don’t get enough. Adults need about .36 grams a day of protein—from animals or plants—for every pound of body weight, according to the National Institute of Medicine. If you’re pregnant or nursing, you need more. You can check the interactive chart from the United States Department of Agriculture for more information.

This count equals 58 grams of protein for someone who weighs 160 pounds.

“We can very easily meet that,” said Debbie Fetter, assistant professor of nutrition at UC Davis.

Eat an eight-ounce steak, and you’re covered, done for the day in just one meal. You can take in plenty of protein from plants too but may need to eat it throughout the day. Plants have less protein per ounce, and you’d need to eat an entire 14-ounce pack of tofu to get the same amount of protein, for example.

But not to worry, all plant foods—peas, oatmeal, black beans, quinoa, broccoli, spinach, tortillas, hummus—have at least some protein, so it is easy, and tasty, to fit it in. Plus plants also have more protein per calorie, so you can get more without eating too much.

What Kind of Vegan Protein Do You Need?

Proteins are made of different amino acids. Some your body makes; others you need from food. A “complete protein” has all of the nine amino acids your body needs but can’t make itself.

Meats contain complete proteins and so does soy. But other plant foods are incomplete, and that’s OK because you can eat them together to get what you need.

Eat nuts or legumes, such as beans or lentils, in combination with some sort of grains—such as whole-grain bread, brown rice, barley—or seeds such as chia seeds. Pair the two kinds of protein in the same meal or even just the same day, and you’ve got a complete protein. It’s not that you have to focus on this vegan protein formula but it’s helpful to understand it as you plan your diet.

“For adults eating a healthy vegan diet, complete proteins would rarely be a problem,” said Walter Willett, a physician and nutrition researcher at Harvard. “If we eat meals with both legumes and grains, it is an excellent balance of amino acids.”

Where Vegans Get Protein

For example, Peanut butter is not a complete protein. Neither is whole-grain bread. But put them together as peanut butter toast, or even eat that balance of grains and nuts separately throughout the day, and voila!, together they are the yin and yang that complement each other and give all of the types of amino acids a body needs. Brown rice and beans go together in the same way. 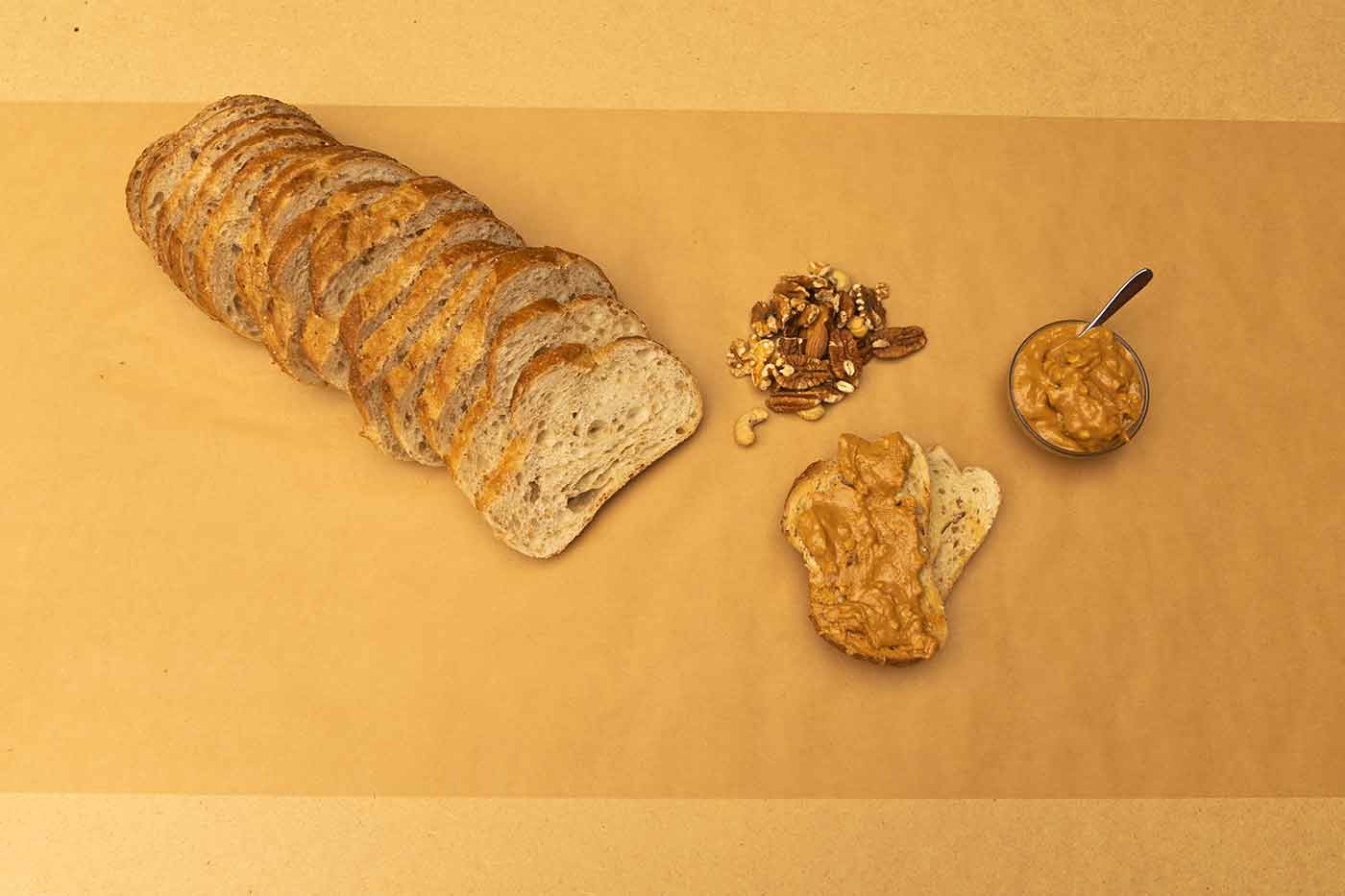 The combination of peanut butter and whole grain bread makes up a complete protein.

Think of what you can order in an Indian restaurant or the sides you can combine at your favorite Mexican place, and you’ve got the idea. Just keep in mind that some beans have meat stock in them. If it’s important to you, then ask your server.

For something fast and easy, microwave a cup of edamame from your freezer or fry up tempeh marinated in barbecue sauce. If you want something gourmet, try one of many recipes on the web that make tofu a star, such as the tofu kababs from the Moosewood Cookbook.

“For a lean source of protein, dip carrot sticks in almond butter. It’s a lot more filing than a handful of crackers,” said Fetter.

Going vegan does take a little bit of planning. Whatever you do, don’t eat nothing but kale three times a day and hope for the best. You won’t thrive.

Vegan Foods that Are a Complete Protein 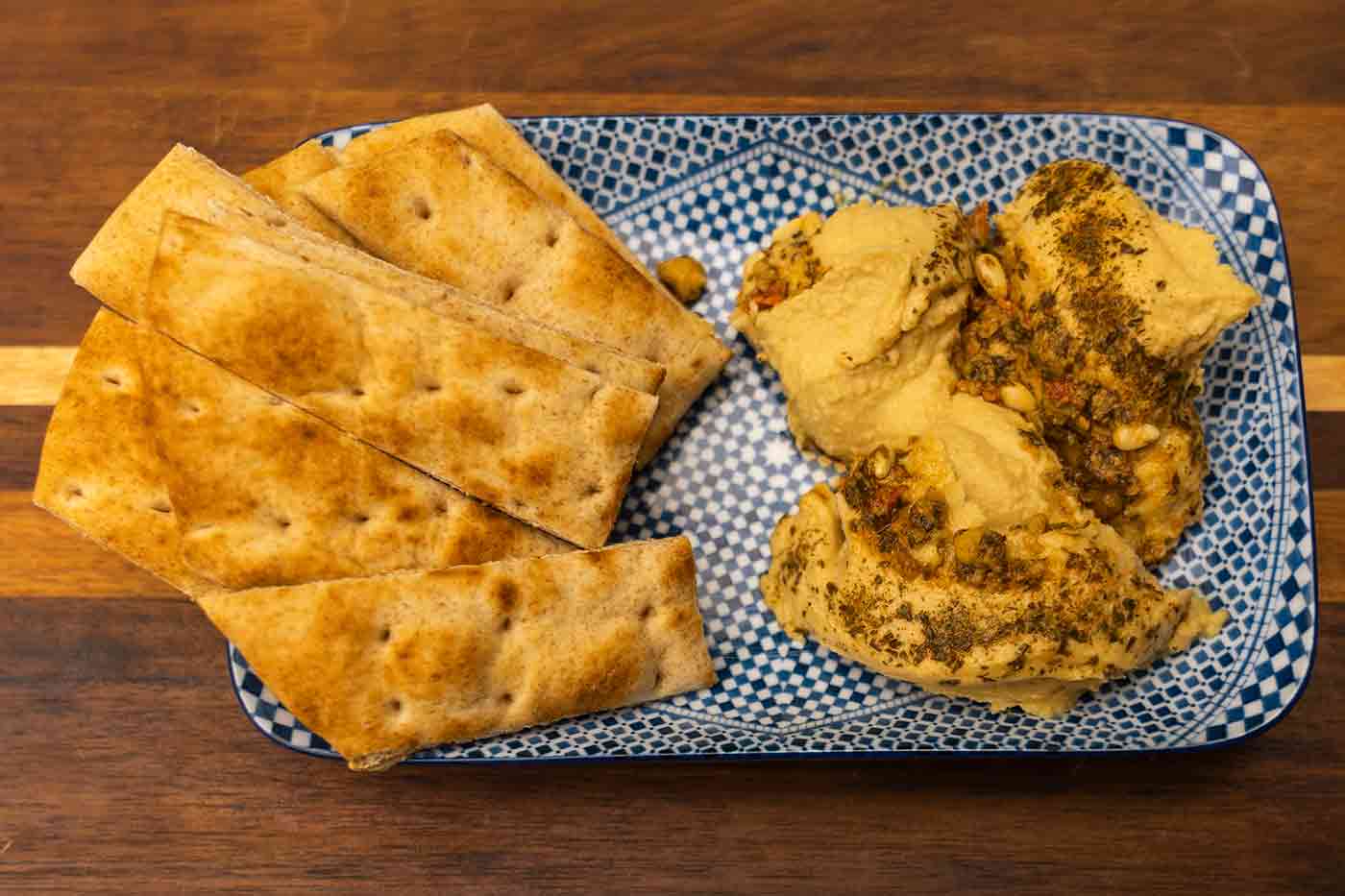 Hummus (made from chickpeas) and pita bread (made from grains) are a complete protein.

You may be noticing: a lot of vegan protein does have carbs, and that’s OK.

Since carbs are often accidentally lumped together in one giant “bad” group, it makes sense to clarify there are different kinds of carbs, and some like vegan proteins, are considered “good.”

The foods that deserve the rap are “simple carbs,” sugar or processed foods like it, such as the syrup in your margarita and the corn chips at happy hour. They send your blood sugar levels on a rollercoaster ride, speeding up a steep hill one moment then crashing down again the next. This leaves you hungrier for another round of food sooner, downing endless bowls of chips with friends.

The more processed the food, the greater the effect. For example, brown rice, a good carb, still has its protein-rich bran and germ in place, and their fibers that slow digestion. But remove these to create white rice, a processed bad carb with fewer nutrients and fiber, and you are in the danger zone. Quick-cook oats and rice are more processed too.

Fortunately, your body reacts differently to the complex carbs in whole plant foods like brown rice and you can stay fit if you make the right choices. On these foods, your blood sugar levels move slowly, like a golf cart cruising over a bump in the grass. These foods have protein and also a lot of fiber that slows digestion and keeps you feeling fuller longer, without the dangerous spikes in blood sugar.

To experience the difference, try a tasty experiment. Eat a complex carb meal: a well-rated lentil recipe with brown rice, or a spicy cup of black beans and taco fixings: pepitas, cubed sweet potatoes, tomatoes, sliced peppers, avocados and hot sauce. Do you feel full for a while? Longer than on a bowl of chips?

This is why replacing simple carbs with complex carbs as part of a vegan diet can actually reduce your waistline and have other health benefits, according to study after study, as cited by experts at Harvard Medical School.

When I ate meat, I had a set of recipes and quick meals that had worked for me for years. Giving up red meat 14 years ago and eventually going vegan at home was hard, but only at first, because I hadn’t yet found my new favorite foods. I had to experiment, but now I’m set with food I love. And you can be too.

Have fun trying new combinations, and be confident that you will hit your stride soon and find your new favorite foods. I did, and I am here to tell you that if you want to, you can give up meat, enjoy what you eat and be healthy with vegan protein. Bon appetit! 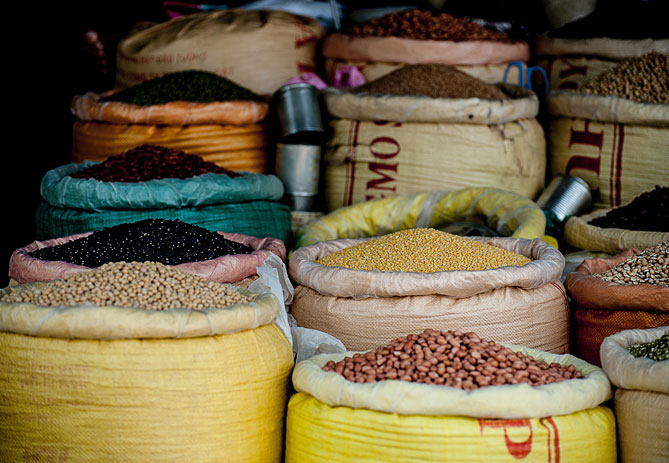