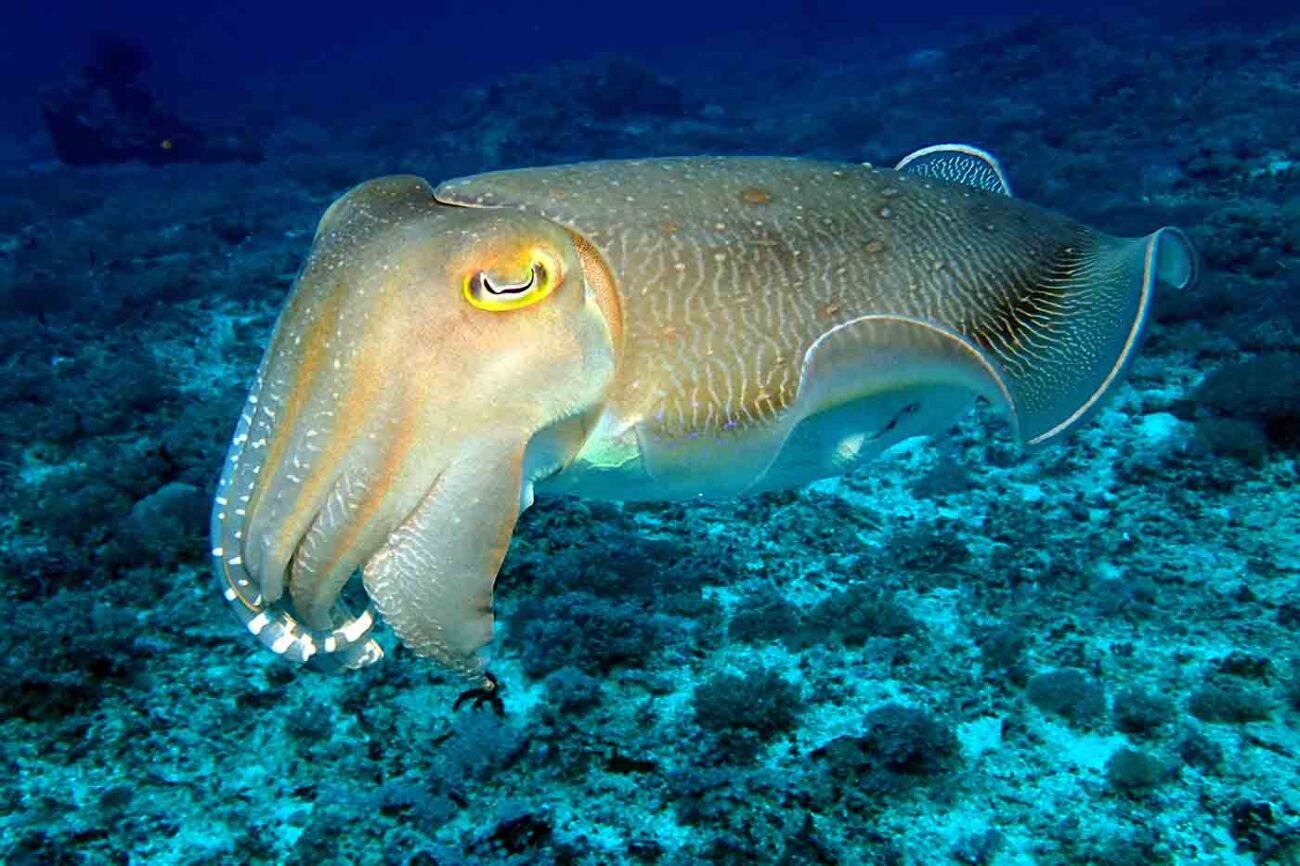 I remember the first time I saw a cuttlefish, in a TV documentary. It was stunning, with changing, pulsating colors that hypnotized prey and soon had me enchanted too. I couldn't believe I hadn't seen one before.

Then I learned that cuttlefish live in the waters off all continents except North and South America, and Antarctica. That explained it; they were nowhere nearby my Southern California home.

I also learned that they are not only stunning to look at, but also are very smart, with large brains like others in their cephalopod animal class that also includes octopuses and squid. Cuttlefish can learn and remember, say scientists.

I had to see one for myself, with a visit to the Monterey Bay Aquarium to check out a species called common cuttlefish. It really was wonderful. They often adopt stripes on their bodies like the video I took below. I hope to soon see one in the wild snorkeling or scuba diving in another country.

Cuttlefish can change the color and texture of their bodies, to match their environment for camouflage and more. They are more skilled at this than squid or octopuses, using pockets of pigment embedded in their skin. It makes them look even more interesting, with a ruffle fin all the way around their bodies.

They can even take on different appearances on different sides of their bodies. A male cuttlefish, for example, can flirt with a female by showing off stripes on her side. At the same moment, he can change the other side of his body to look like a female, to dupe a larger male competitor and sneak by to rendezvous with his lady.

Cuttlefish can also can squirt ink clouds to hide themselves when they need to make a getaway, and they can use body movements as a form of expression.

Unfortunately, just as squid and octopuses end up on restaurant menus, in countries where they live, cuttlefish also commonly show up on dinner plates, chopped up or used in sauces for their ink. Cuttlefish ink also is used in pigment and was the origin of sepia ink.

Attached to their heads, cuttlefish have eight arms, plus two larger tentacles that have strong suckers they use to catch food, from shrimp to fish and even crabs. They can break down shells with bird-like beaks hidden from view.

I like to scuba dive, and a cuttle fish is at the top of the list of animals I hope to see soon and often, swimming free in the wild. I also hope that us human animals can stop pulling these amazing creatures out of the oceans and their natural habitats for food.