NextVegan Wine Options: Not All Drinks are Vegan?! 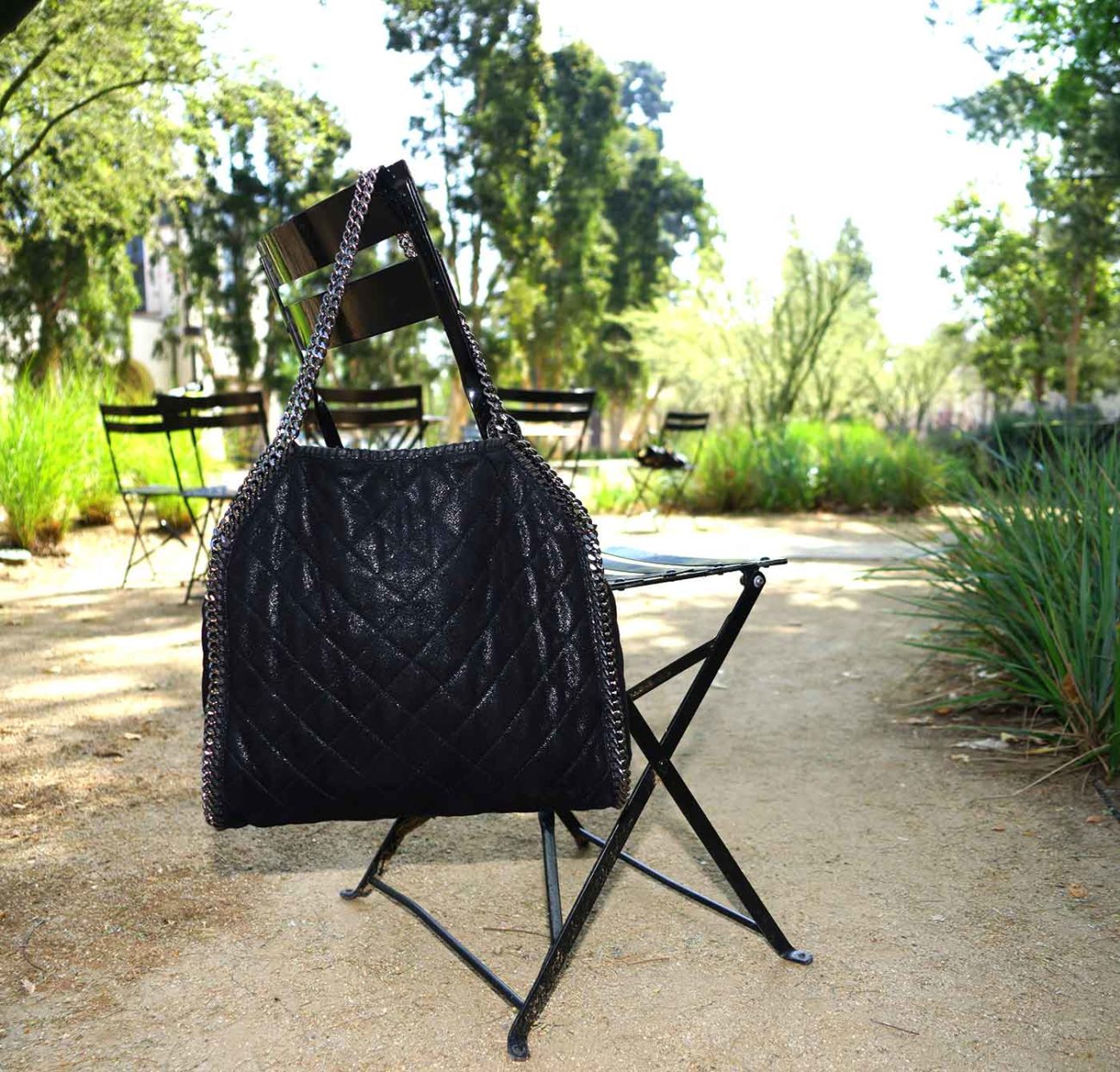 I bought my Stella McCartney Falabella bag because of my dog. That's what I'll tell the accountant anyway. Instead of “my dog ate my homework”, “my dog made me shop.”

Of course my fawn-colored boxer, Emma, never said: “Hey Lady, I think a thousand dollar handbag would be a good investment.” She would have rather I bought peanut butter treats instead of a tribute.

It's been more than four years since I brought home the most expensive purse I've owned so far. My Falabella has lasted so long, though, that maybe it wasn't such an extravagant purchase. Even though I carry it every day, the “shaggy deer” vegan leather looks as good as it did on the first day. And it still reminds me of the sassy dog who inspired me to give up wearing leather.

Of course, I did at first debate whether the thick chain straps would make the Falabella bag too heavy. But it is well-balanced and comfortable, on my arm or shoulder. I also thought maybe it would be too big, but the lining has a large zippered pouch, perfect for keeping my keys, phone and sunglasses at my fingertips. 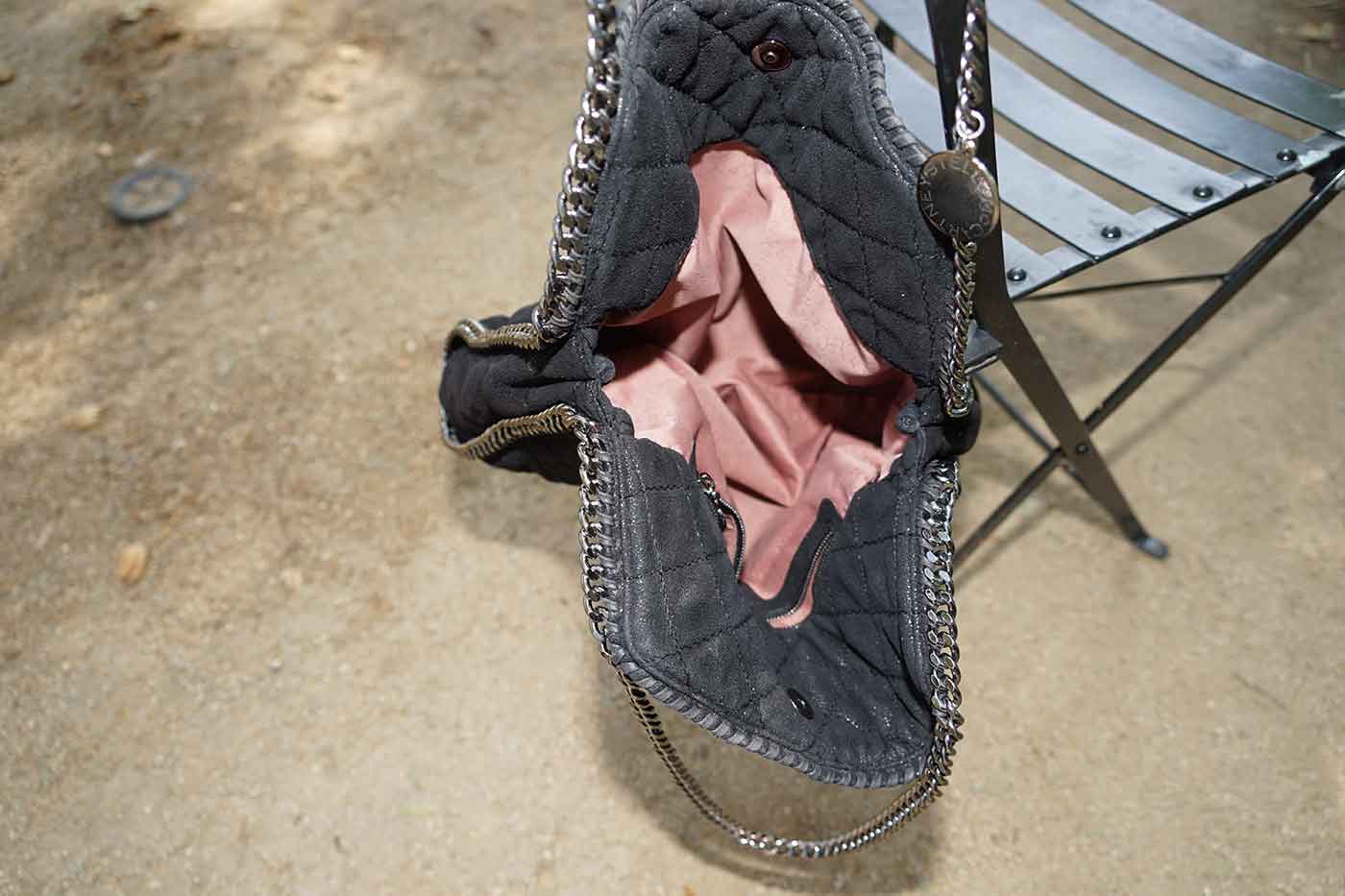 Falabella bags, made by the daughter of Sir Paul, are recognizable for their edgy metal chain straps and simple, elegant profiles. They are down to earth and badass at the same time, just like Emma, and wearing one feels like I am stepping outside my preppy comfort zone to take a stand for animals.

Unfortunately, just before I bought it, Emma became very ill. She was still herself, though, fighting to get up on the bed to snuggle with her people, sitting on top of our other dog, Enzo, to take over the bed he was in and that she wanted.

Maybe it sounds silly, shallow even, to use retail therapy to recover from her passing from a brain tumor, but this scrappy runt had become a turning point in my consciousness, and it felt good to celebrate as much as I could. The first dog I had, she made me realize that animals are not so different from humans.

For example, I knew from our first day together that Emma had emotions. When I picked her up at the pound, she sat down at the curb and refused to get in my car. She shook with fear. Where was I taking her? I told her softly, “it’s OK.” and she jumped in.

My petit girl also had some serious smarts. She could communicate what she wanted with intense stares and a vocabulary of different barks and growls depending on whether she needed a walk or dinner. She also tested and perfected a sweet look that could melt our hearts so she could get treats. And like other dogs in the neighborhood, she quickly learned basic English better than I could understand dog, though she often pretended to forget “sit” and “come”.

In short, we understood each other even though we did not speak the same language. This bond inspired me to be a vegetarian, in order to avoid hurting animals, and to eventually decide to go vegan.

A story from a coworker who had grown up on a farm also helped. His mother had a special cow that she kept as a pet. Like Emma, it listened intently when she talked. The cow came to greet her at the back door and playfully pulled the sun hat off her head. They also bonded with eye contact and shared noises in their own languages.

I made the connection that dogs and playful, social cows were no different for me. I knew that animals have emotions and the ability to feel pain. They get attached to other animals and people. I didn’t want to eat them anymore.

It is so hard to decide for an animal whether it is their time to go, but we finally felt like Emma was in pain and ready. She looked at me with fear in her trusting almond eyes when the vet reached over to give his injection. “It’s OK,” I lied. She relaxed and laid her head down in my husband’s lap for the last time.

A week or so later, I bought the Falabella handbag. For me the purchase was about taking care of myself when I was in pain, and while I was still caring for other, human family members. The Falabella was one way to say every day with what I wear that I support animals and businesses that are incorporating animal welfare into their DNA.

Unlike many handbags out there, no animals were harmed in the creation of my fashion accessory, and I am constantly looking for other options like it, some that would make the accountant happy.